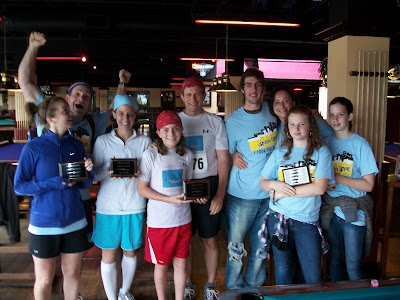 Thank you to everyone who participated in Urban Dare Seattle.

The Avenging Narwhals, John & Eric Zobel, successfully defended their title of Urban Dare Seattle Champions. They've become the team to beat in Seattle. Given their record, I can't figure out just what it is they are out to avenge.

Here are the top 5 finishers of Urban Dare Seattle: